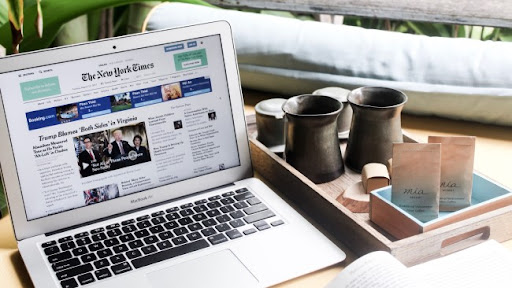 Following a tumultuous year, news media is shifting under the weight of difficult news stories – war, climate crisis, politics – while the sheer quantity of content is spawning new formats which drive loyalty, commercial mixes, and experiments with new technology.

While ChatGPT makes an appearance in the annual trend report – produced by the University of Oxford and the Reuters Institute – a minority of publishers are actually using the new technology; more are likely to be experimenting.

Instead, it’s a year of commercial uncertainty, especially on the open market, with subscriptions and loyalty-building formats increasingly important for providing audiences with value.

Many of the findings confirm deeper trends in advertising, whether through shifts in social media preferences or the pressure on traditional TV budgets in the wake of ad-supported tiers on streaming services.

Based on responses from 303 media leaders across 53 countries, the Reuters Institute looks at the year ahead, exploring the tech and business factors that are likely to define the year.

Commercial uncertainty: 37% of respondents report feeling uncertain, while 19% express low confidence; 44% say they are confident, but even these tended to acknowledge rising costs, and difficulty maintaining subscriptions and ad revenue in a difficult economic environment.

TV and broadcast outlets are feeling pressure for ad dollars, per the report, and are carefully watching the fortunes of new ad-supported streamers like Netflix.

Revenue models are changing as a result, with subscriptions critical to 80% of respondents. Overall, publishers say they now rely on an average of three to four main revenue streams. A third report expects significant revenue from content licensing with tech platforms, either through deals negotiated or through governmental initiatives such as Australia’s News Media Bargaining Code.

Audiences: 72% of respondents worry that people are avoiding news more than ever, given the large number of major, negative news stories. Story formats are changing to help audiences understand context, with most (94%) of publishers putting out explainer content. Audiences are also influencing which social media platforms get publishers’ attention:

Focus on owned channels: Publishers are looking to owned channels with advertising potential: podcasts are set to receive more attention and funds from 72% of respondents, while 69% will give more focus to newsletters – both are key owned media for advertising, too. The metaverse and voice assistants are seeing interest plummet.

AI is here: Just over a quarter (28%) of respondents say AI is now a regular part of their newsroom activity, while a further 39% are experimenting with the technology. However, 27% say they are not using it at all.

While this area is set to grow, there are ethical concerns, such as how image-generating systems heavily ‘borrow’ from human artists, or the lack of accountability, which are likely to cause headaches across the industry.

Sourced from the Reuters Institute for the Study of Journalism