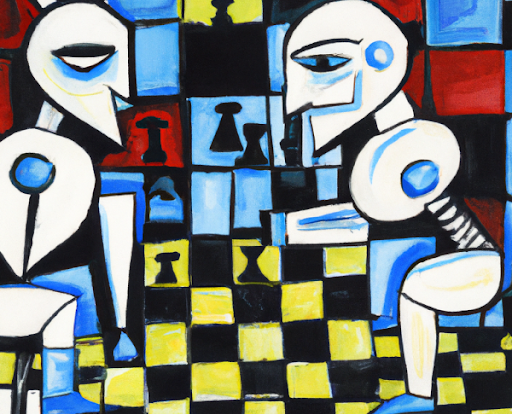 Microsoft, an early investor in the company behind ChatGPT, is reportedly planning to integrate the machine-learning powered chatbot into its Bing search engine – a move intended to help it better compete with the market leader, Google Search.

You might own a Dyson but it’s quite likely you still hoover your floors. Verbs are powerful components of language, and while they may not be guarantees of business profit – plenty of people Uber back from a night out – they are a mark of being top of mind.

Google once resisted being used as a verb back in the mid-aughts, fearing that it would render the brand generic, weaken or even undo its trademarks, and make the act of Googling replicable. With a 93% market share, this doesn’t appear to have happened.

So this is a story of whether the assumed superiority of a public feature in ChatGPT can help Microsoft’s Bing claw back some market share through natural language (Google has its own AI chatbot that is reportedly more powerful, but it’s not publicly available yet).

What’s interesting is that Microsoft is up against a firm that’s first to mind even among late adopters.

Tech website, The Information, hears from multiple Microsoft sources that its Bing search engine is planning an integration of ChatGPT features into the search experience, but only for certain queries, before the end of March.

It follows a $1bn investment in OpenAI, which has developed ChatGPT and the image-generating system Dall.e, a deal that gave the startup access to Microsoft’s Azure cloud and which also granted Microsoft an early opportunity to commercialise the results.

Dall.e has already been integrated into some Microsoft services, and it has announced plans to bring the image-generating technology into Bing as an image creator.

Both tech giants are betting that artificial intelligence will become a critical aspect of their businesses, one that throws up commercial quandaries they will have to address.

Squaring this circle will be tough. In December, OpenAI CEO Sam Altman noted that “compute costs are eye-watering” just for this ChatGPT early release. It appears that they won’t be easily recouped through traditional (advertising) means in the short term. On a wider horizon, it could pave the way for a very different business model for knowledge services.