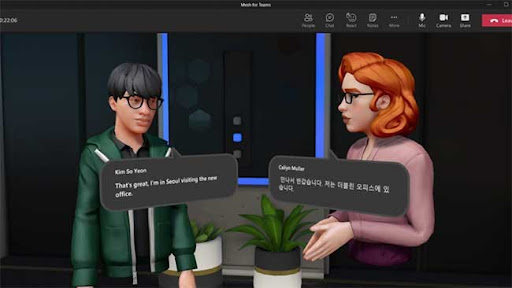 The computing giant and Xbox maker Microsoft’s acquisition of Activision Blizzard showed how it believed gaming and game-building capabilities would not only be important for the metaverse, but to cement Microsoft’s specific place in it.

Microsoft sits in an interesting position in the world of big tech. It’s less about pivots toward different ideas and much more focussed on an often-discussed idea of “tech intensity”.

This is important for an idea such as the metaverse, which no one company will build, and will likely be a parallel process of building and adoption. Software tools are key to this.

Why does this matter to marketers? Building out game development capabilities either at an agency or brand level is going to be seriously expensive. Should Microsoft succeed in its plan to “democratise game building” as CEO Satya Nadella explains to the FT, the potential for these experiences gets a little closer.

Though Facebook’s name change to Meta has fused it to the idea, the building of this next phase will be shared between big tech, smaller firms, and users. For more details on how to engage with the ideas and think about pitfalls, check out In this metaverse or the next on WARC.