Marketing theory in a crisis: Lessons from Eve Sleep | WARC | The Feed 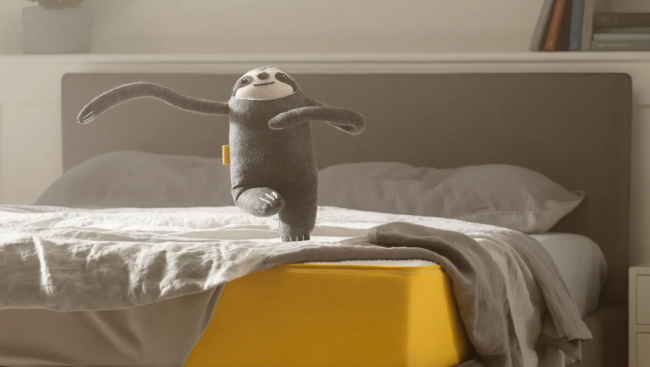 Marketing theory in a crisis: Lessons from Eve Sleep

Eve Sleep, the DTC mattress brand, went into administration in October last year as a result of what former CEO Cheryl Calverley described as an “economic tsunami” that obliterated the company’s market; appearing on the latest WARC podcast Calverley, a former marketer, reflected on marketing theory in the face of a crisis.

There is a strain of marketing thought that holds dearly to the idea that brands should continue to spend on marketing in order to come out the other side; Calverley’s experience suggests that we need a bit more nuance about the crisis in question.

Eve Sleep had been a success story of the direct-to-consumer boom and became a publicly listed company in 2017. But, like many other companies,  it was hit hard by the economic tumult that followed Russia’s invasion of Ukraine and the ensuing energy price crisis, which led to the hollowing out of its market – effectively, it faced a problem that marketing couldn’t solve.

“At the end of January [2022], I was staring at a business that was ahead of all of its targets – and we had really punchy targets – and we were hiring, and we were flying,” Calverley explained, in an appearance on the latest WARC Talks Podcast on putting theory into practice, which is free to listen to.

It was around that time that Eve Sleep entered into a long-term partnership investment with Channel 4 for a year’s sponsorship of Late Nights on 4 programming with a view to brand building, with a probable payback on that investment in around one to two years. Given the strong position the company was in, and thinking about the next phase of growth, it was a textbook move.

But by March, “the market had disappeared from under our feet. And I desperately needed that money back and the business was not going to be around to enjoy the fruits of that sponsorship.

“Quite frankly, theory goes out the window when your market has completely disappeared.”

“It’s really simple. If we spend money on stuff, which is going to do anything other than drive tomorrow’s sale, literally tomorrow – so: Google, press, physical, literally, physical availability – it will not pay back in time for me to pay the wages.”

The nature of the crisis

Calverley, whose CV includes senior roles at Unilever, the AA, and leading marketing for Eve prior to taking the top job, noted the difference of today’s economic tumult to recessions of the past.  “Give me a minor recession and 3% inflation, I’ll keep investing,”  she said. But “This is not a recession, it’s a global crisis.”

As such, for many brands it’s not going to be a case of continuing to spend as a universally applicable idea. It may make sense for some more stable categories, but others are facing much deeper problems than future growth.

Marketer to CEO and a total view of investment

It is not the norm for marketers to become CEOs of companies, but there are significant advantages to understanding the fundamentals of marketing, even if you are as CEO “much more conscious of the cash”.

Being a marketer gives a CEO a greater awareness of the risk profile of marketing, Calverley notes. But, there are problems in the space between top-level company leadership and the view of investments that they must make in marketing.

“I think if you take a step back and created a marketing team from scratch today … you’d have an investment lead,” she argues: a person or team to consider marketing investments in their totality – across channels, short- and long-term bets – and to think about how to balance these against business objectives.

“We don’t have that. We tend to have that split over the organisation, which is, I think, quite an old-fashioned way of dealing with it.”