Making the business case for women’s football | WARC | The Feed 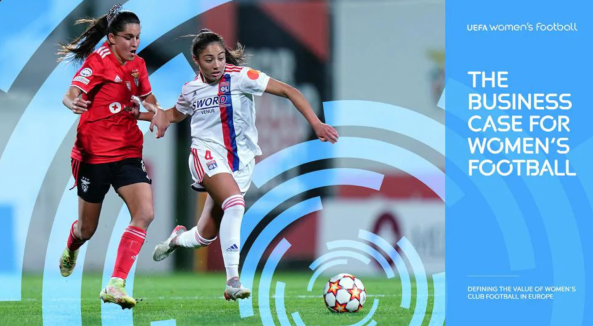 Women’s football could see a sixfold increase in its commercial value over the next decade, reaching an annual value of €686m by 2033.

The figures come from a UEFA report, The Business Case for Women’s Football, which details growing fan numbers, improving player standards and a positive image – and argues that “the time to get involved in the women’s game is now”.

There’s also a reverse case building as the men’s game rakes in ever more money in TV rights – money which broadcasters will expect to recoup at least in part through advertising. The women’s game could offer a cheaper and more effective option for some categories and brand-owners.

A successful Women’s Euros competition has heightened expectations for the women’s game, but the money continues to flow to the men’s game.

The Financial Times reports that the English Premier League will pocket £6bn (€7.1bn) this season on TV rights, almost twice as much as Spain’s La Liga (€3.7bn). Add on Germany’s Bundesliga (€3.6bn), Italy’s Serie A (€2.4bn) and France’s Ligue 1 (€1.8bn) and the TV rights of the men’s game in Europe far exceed anything the women’s game can hope to make in total commercial terms in the next decade.

“Involvement at this pivotal stage will provide clear benefits to the [women’s] game not only on the field but also commercially, as well as providing leagues, clubs and partners with a chance to be changemakers contributing to a positive shift in football and wider society.”