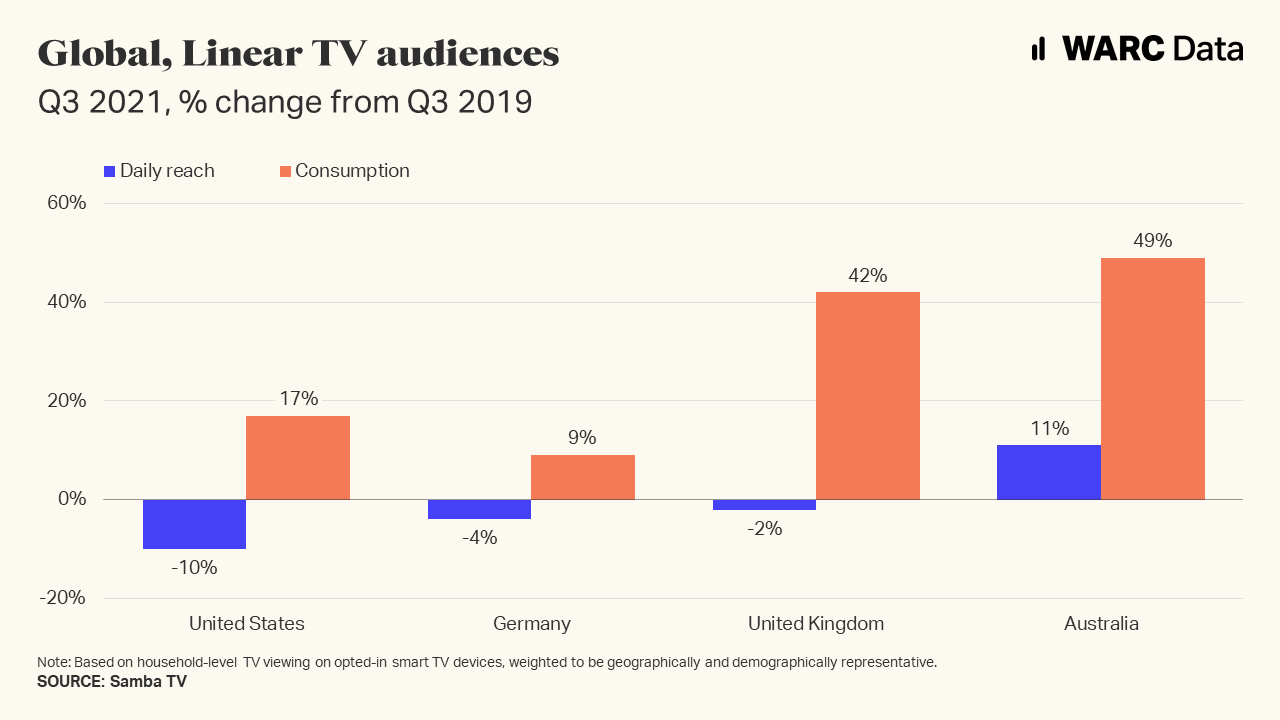 Linear TV is settling into a post-pandemic trend of smaller audiences but higher consumption, according to smart TV data from viewership company Samba TV.s

This follows a surge in audiences and viewing last year which has since eased. New habits, including a growing role for online video, will be key to TV's performance next year. For example, sports content, one of linear's biggest drivers, has seen a continued decline in viewership as many sports leagues shift to streaming and fans move to short-form highlights.