How to read FIFA and EA Sports' split | WARC | The Feed 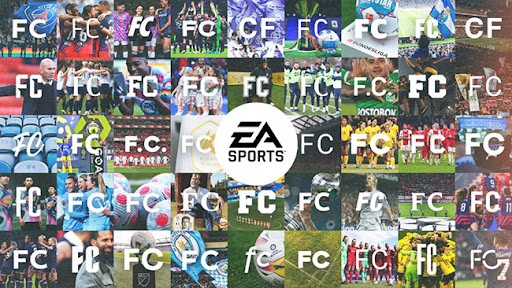 How to read FIFA and EA Sports' split

It’s likely one of Electronic Arts or FIFA has made a historic blunder, following the news that the video game publisher and football’s global governing body have parted ways – the question is whether owning the player relationship or the brand name is the key.

It’s hard to express to non-players the fundamental position that the video game under discussion occupies in modern football. Kids play it, adults play it, professional footballers play it, people who don’t even particularly like football play it.

FIFA believes it can take the brand name elsewhere and find success; EA believes it can maintain player relationships and deliver to them the teams, leagues, stadiums, and players that it says they truly love.

It’s the largest commercial deal for the body and the largest and most popular game for the publisher. One has overplayed their hand, but the question is who.

The story so far

The New York Times, which broke the story, led with the length of the relationship: three decades. For many FIFA players, even its ageing millennial audience, FIFA means the game before the organisation – as it has done all of their lives.

But this is a story brewing since around October of last year when Electronic Arts, the sixth largest game developer by revenue, copyrighted the slightly dull EA Sports FC.

What appeared to be a hardball tactic in negotiations with FIFA has now turned into the brand name, after the sport’s governing body stood firm on its reported demand for at least $300 million per annum – at least double what EA pays now. In doing so, FIFA has lost its largest commercial partner.

But it’s also a huge gamble for the publisher, with David Jackson, VP EA Sports telling the BBC: “Interactive football experiences have been central to what has made EA Sports successful over the last 30 years”, and a key link to more than 150m players globally. “It’s a big moment for the organisation.”

Simply, the ability to put the FIFA name to other gaming titles, some of which are expected to come out this year. After FIFA 23, the last by EA Sports, president Gianni Infantino has indicated that he envisages eventual competition between a future game and its former partner.

“I can assure you that the only authentic, real game that has the FIFA name will be the best one available for gamers and football fans”, he said in a statement. “The interactive gaming and esports sector is on a path of unrivalled growth and diversification. FIFA’s strategy is to ensure we can make the most of all future options and ensure a wide range of products and opportunities”.

In an earnings call earlier this week, EA CEO Andrew Wilson told analysts that aside from the financial motivations, FIFA wanted to push the game further “to move beyond just the core experience and really build out this digital football experience.” But his bet is that the fundamentals of teams, leagues, and players will be the key – EA will retain many of those.

While it won’t be called FIFA, the modern nature of licensing under smaller deals means that the in-game experience won’t be too different. Jackson tells the BBC that players will only notice two changes: “The name and a World Cup piece of content every four years.”

For its statement, EA boasted its licensing portfolio of more than 19,000+ players, 700+ teams, 100+ stadiums and 30 leagues. They include Europe’s largest and most popular top flights: the English Premier League, Spain’s La Liga, Germany’s Bundesliga, Italy’s Serie A, as well as the north American MLS.

Importantly, it also counts powerhouse sports brand Nike under its continuing licences, with the firm noting the importance of the game to helping its fans and community engage with both the game of football and its culture.

This is all going to need a lot of marketing activity – though analyst questions of how much that meant exactly were deftly deflected by the CEO.

But it comes at a time when user goodwill is now critical, with FIFA (the game’s) profitability boosted by in-game purchase features said to be worth up to $1.2 billion to EA, per the NYT.

However, the company will be mindful of an increasingly vocal fan base with criticism of in-game purchases a common controversy in the gaming world. In 2017, for instance, EA had to suspend in-game purchases in its Star Wars Battlefront II game following fan criticism.

Similarly, the newly branded game will need to find ways of monetising a game that asks players to shell out increasing amounts for a new version each year.

The game does, however, know its way around advertising. With a high-reach pitch for awareness ahead of 2023’s launch of the first EA Sports FC, it could nail name-change best practice and pull off the transfer of current fans to the new game.

For FIFA the governing body, it will be a time to find out whether it truly owns the name or whether the shared cultural meaning of its brand name has actually passed over to the video game, opening up a space in which the organisation’s controversies will no longer have a more positive association to hide behind. Only time will tell.