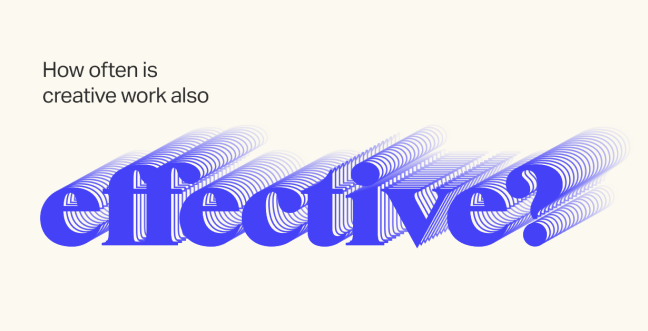 A new WARC study, The Health of Creativity, shows a disconnect between creativity and effectiveness, but also finds that highly creative campaigns deliver greater conversion.

The Health of Creativity

WARC has analysed the results data from creative and effectiveness awards shows around the world tracked by WARC Rankings between 2015 and 2019. Out of a total of 2,391 creatively awarded ideas, only 18% (431) were subsequently awarded for effectiveness.

The picture changes, however, when considering highly awarded ideas for creativity: of the 415 ideas that made it into the WARC Creative 100 Rankings between 2015-2019, 39% were subsequently awarded for effectiveness, and 17% were also ranked in the WARC Effective 100 – deeming them to be both highly creative and highly effective.

Five characteristics of the best ideas

These 71 best-of-the-best ideas were analysed, with the following characteristics emerging: