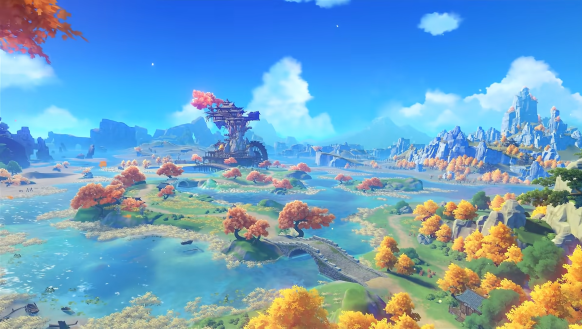 KFC, Pizza Hut and Domino’s are among the brands that have bought into the success of mobile phone game Genshin Impact in Asia.

Genshin Impact, a free-to-play, fantasy role-playing game from developer miHoYo, was released in September 2020 and rapidly became a global phenomenon, being named Game of the Year in 2020 by both Apple and Google Play. And in a recent China awards ceremony, it was named “the most valuable homegrown intellectual property (IP) of 2022” in the video game category. During its short existence it’s estimated to have brought in more than $3bn in player spending just from mobile phones.

Unsurprisingly, brands see opportunities and food brands in particular have been exploring collaborations with the game. The China Project reports several recent examples in China that have attracted huge amounts of interest.

The food theme isn’t new: last year the developer ran HoYo Fest in several countries across the region, which included themed ‘collaboration cafés’ and special set menus. Now, over the next few weeks, pizza chain Domino’s is running a collaboration with Genshin Impact in Singapore and Malaysia.