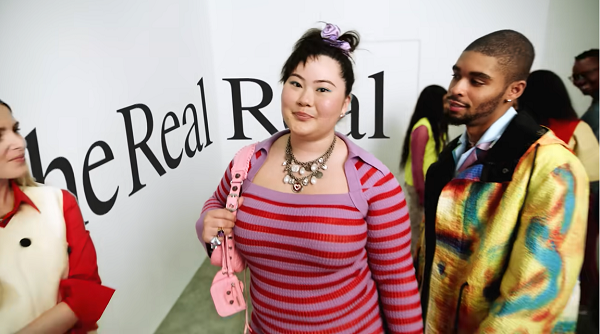 Members of Gen Z are leading a shift towards “shopping to sell”, according to a report from The RealReal, an online marketplace specialising in luxury resale and consignment.

The RealReal suggested that, since the COVID-19 pandemic started, the number of items originally purchased then resold on its platform has grown by 2x. A mixture of emotional, environmental and economic factors were seen as driving this behaviour.

Gen Z was defined by the company’s study as including people born between 1997 and 2012, meaning the oldest members of this demographic are 25 years old. Overall, this cohort saw a 35% increase in visits to the platform in the first half of 2022 compared with the same period a year ago, the greatest of any demographic. According to The RealReal, they are also “buying more items this year”, with miniskirts, Cartier watches and pendants just some of the popular items.

This audience is also “flipping” its purchases the quickest, with women’s clothing and shoes among the most-sold items. Sasha Skoda, senior director/women’s merchandising at The RealReal, told Bloomberg that reselling among Gen Z customers grew by 50% in the opening six months of 2022. “What’s really interesting about this cohort is that they’re reselling what they buy much faster than any other demo,” she said. Prada and Reformation were two of the most resold brands for Gen Z, whereas Balenciaga had seen a spike in demand.

Behind the wider trend

The RealReal cited a number of factors informing this trend, including a burgeoning interest in the circular economy to reduce the carbon footprint of purchases. Some customers also buy and sell due to more traditional, emotion-led components of the shopping experience. With inflation rising, resale and consignment goods also may be a more affordable type of luxury - or, potentially, an asset with rising value if demand for a particular item is strong.

“Through resale, consumers are becoming increasingly savvy, they’re exploring new areas of investments, and they’re engaging with circularity more than ever before.” - Rati Sahi Levesque, President and co-CEO, The RealReal.

Sourced from The RealReal, Bloomberg