Four ways to create an inclusive environment: lessons from a maths professor | WARC | The Feed 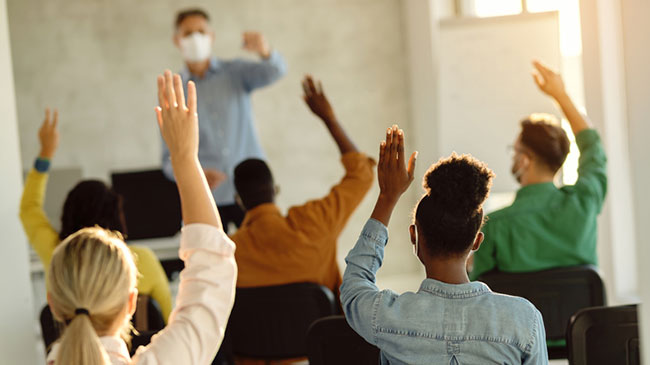 Four ways to create an inclusive environment: lessons from a maths professor

The story of a Colombian mathematician, Federico Ardila-Mantilla, whose experience as an outsider in a homogenous environment as a student led him to radically adapt his methods when he began teaching, holds vital lessons for creating and maintaining inclusive environments.

Front of mind during the middle of last year but a lot less prevalent in mainstream conversation this year, diversity and inclusion is an important area of improvement for brands and agencies alike – with WARC data from late 2020 finding that only a minority had a proper approach.

A serious approach requires different thinking around both hiring and retention. Here, this approach is capable of acknowledging differences rather than pretending to be ‘color-blind’. It is possible to welcome difference with sensitivity and respect, open to a diversity of experience without the onus for sharing falling on those traditionally left out of the room.

As reported in the Atlantic, part of an excerpt from The End of Bias, a book by the writer Jessica Nordell, this is the story of an academic who recognised an emerging pattern in his Black, Latino, and female students when teaching at San Francisco State University. Unlike MIT, where Ardila-Mantilla studied for his BA and PhD, the math class at SFSU drew 60% of its students from ethnic minorities. This created a testing ground for totally different ideas about teaching the subject by rejecting the male, typically white biases in math departments.

Advertising is not university-level math, but it is a traditionally closed shop where talk of meritocracy rings hollow to those who come from anywhere other than the majority.

This new approach saw 20 of the 21 students in the first joint class go on to graduate study in mathematical subjects; 15 earned PhDs; 14 are now professors. This has never happened at a university like SFSU, which doesn’t grant PhDs.

Sourced from the Atlantic, WARC