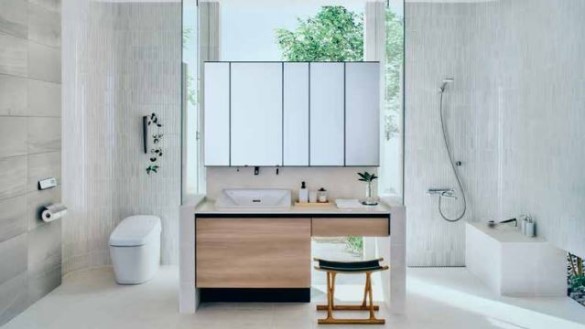 LIXIL, the Japan-based maker of bathroom and kitchen fixtures, fittings and building materials, is pivoting to digital showrooms in the expectation that half of its post-COVID customers will use virtual platforms.

In a traditionally conservative industry – one that, in Japan at least, according to the Financial Times, traditionally depended on face-to-face interactions and fax machines to place orders – major changes are taking place as manufacturers have responded to the restrictions imposed by the pandemic.

At LIXIL, that meant the rapid introduction of online video sessions with customers and subsequent investment in tech such as augmented reality. It also opted not to attend a major two-week long trade show in Germany and instead invest the €6m it would have spent there in creating a virtual platform, GROHE X, that falls under the auspice of its GROHE brand, and is accessible at any time.

Towards a different future

“This type of platform [GROHE X] is very efficient, much faster, much more scalable and more tailored than a traditional trade show” – Gerhard Sturm, MENA marketing leader at LIXIL.