Coinbase's $14 million QR effort divides - but is it theory or hype? | WARC | The Feed 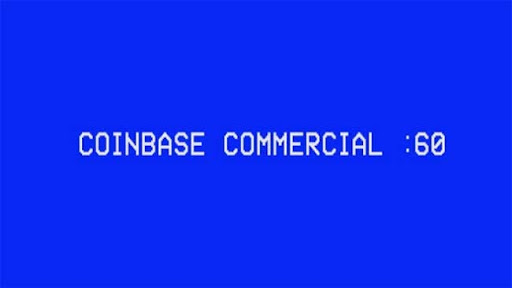 Coinbase's $14 million QR effort divides - but is it theory or hype?

Coinbase, the cryptocurrency exchange, was one of many crypto companies spending big on this year’s Super Bowl, but with a 60-second bouncing QR code, it managed to stand out.

As some planners have observed, it takes a strident stance on the debate between distinctiveness and differentiation by betting the house on the former.

If you haven’t seen it, there’s not really very much to see. It looks like an early noughties screen saver: it’s a QR code bouncing around a screen for 60 seconds.

One observation: it signals how the QR code, once a forgotten technology, has taken its post-pandemic place in the mainstream in a rise charted in a recent WARC exclusive.

Bloomberg reported that Coinbase’s site crashed after 20 million people followed the QR code, based on the offer of $15 worth of free bitcoin for everybody that signs up. Its app rocketed to the number two most downloaded app on the Apple App Store. Apart from the heavy environmental cost that the offer entails it has compelled many to see what the fuss is about.

The firm paid close to $14 million in media costs but saved itself on creative costs and made a global PR splash with headlines far beyond the typical crypto-focused publications. The ad was reportedly created in partnership with Accenture Interactive, according to The Drum.

CMO Kate Rouch explained on the company’s blog that the point of the ad was to invite “everyone to experience the cryptoeconomy first hand”.

In this way, however, it was quite a lot like all the others. As the Verge’s Chaim Gartenberg observes “none of the cryptocurrency commercials at the big game made any attempt to actually sell people on anything other than spending more money on crypto,” and attempted to sell FOMO rather than any reason why you would actually use it.

Still, it all comes down to the aim of the ad. Driving sign-ups is one thing, but guerrilla ads – as Coinbase’s creative choices could be considered – are known to drive up share price, with the crypto exchange adding close to $1bn to its market capitalisation following the ad. There is a lot to chew on in this one.