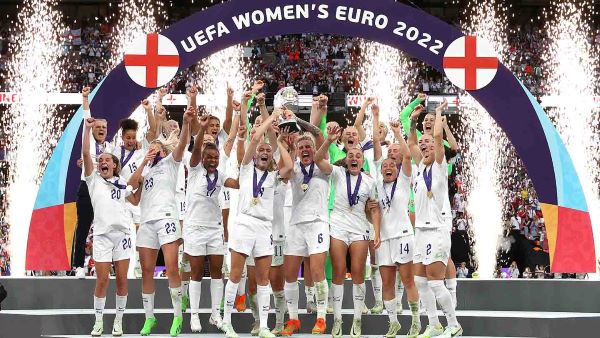 England’s victory in a major international football tournament for the first time in more than 45 years is certain to attract lucrative brand deals and endorsements for today’s players, but there’s also an important opportunity for those brands willing to play the long game.

There have been false dawns before now but the figures this time are persuasive: 17.4 million viewers watched Sunday’s UEFA Women’s Euros final – the most-watched women’s football game in UK television history and the most-watched TV event of the year, the Guardian notes – while the 87,192 fans at Wembley stadium constituted a record attendance for any final Euros game, men’s or women’s.

That’s confirmation for brands that there’s huge interest in women’s football at this level, where they will surely get a return on their investment. More challenging, but potentially far more rewarding, is investment that will help ensure the long-term health of the sport at grassroots level.

"A key sponsorship element involves purpose, particularly until audiences rise outside major tournaments for the likes of regular season matches, so any activations that can impact grassroots and participation are where the big wins lie for both brands and rights holders. There’s no doubt the Lionesses’ victory is going to positively impact participation so it’s time to strike while the iron is very hot" – Alex Burmaster, Head of Research and Analysis at caytoo.