AT&T withdraws from media with Discovery deal | WARC | The Feed 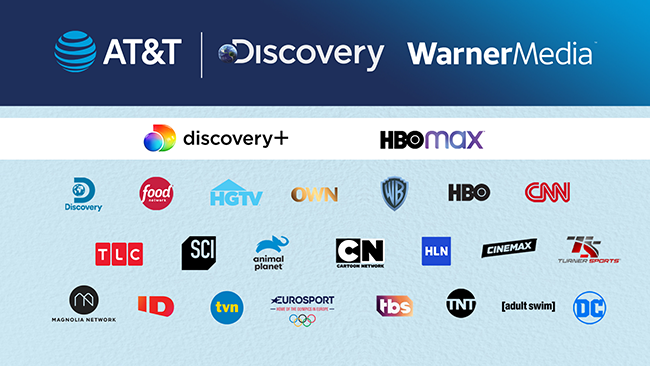 US telco AT&T has announced plans to spin-off its WarnerMedia business and merge it with one-time competitor Discovery, as the US network giant withdraws from the hands-on management of media business and the new venture readies for the next phase of the streaming wars.

The news heralds a “content colossus”, as TechCrunch puts it, with a vast combined library ranging from Game of Thrones to Guy Fieri, which will – if successful – still add value to AT&T shareholders without many of the complexities of vertical integration.

The bet, instead, is that the brands within the two portfolios will be more magnetic than the pull of a mobile phone contract with content on top.

Still, it is a major about-face that after a massive acquisition in 2018, which included a Justice Department competition lawsuit, AT&T has had to reassess where its properties can work together – a big blow to the quad play (mobile, TV, broadband, and voice) that was the strategic north star for the telecoms industry just a few years back.

Only three years after AT&T parted with a whopping $85.4bn (and racking up an eye-watering amount of debt in the process) as part of a strategy in which content could add value to the telecom company’s overall offer, it is retreating from the bet. Demands on its core telecoms business have increased as it races to keep up with the investments of its competitors like Verizon and T-Mobile in fibre broadband and 5G.

Discovery, meanwhile, is showing the benefit of its pivot to SVOD (Subscription Video on Demand) with a deal that will add significant production and library firepower to its factual core.

At the sector level, it means two players that had gone after separate audiences create a much larger slice of the potential audience in an attempt to gain a foothold. It won’t be easy, however: Netflix is noticing the limits of its growth in core markets as it struggles to continue the same trajectory that took it to more than 208 million global subscribers. Still, there is plenty to play for: Ampere research shows that half of consumers use at least two SVOD services