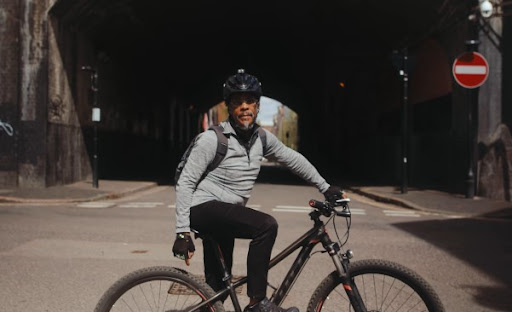 Cycling, already having had a moment during the pandemic, has been given further impetus by a new Ford initiative and a UK campaign that aims to normalise the activity across age, sex and community.

When COVID lockdowns first struck, cycle stores remained open and rapidly sold out of stock as people invested in two wheels, partly to avoid the perceived dangers of public transport, partly to have an out-of-home exercise option. But as life has returned to normal, so too have ingrained transport habits.

The President of auto maker Ford Europe raised eyebrows recently when he announced his Park the Car initiative to encourage walking and cycling. Half of European car journeys are less than 5 km, he pointed out, and, especially in cities, can often be made by bike or on foot instead: that’s good for the environment (less emissions, fewer jams) and good for people’s health.

If we can, you can

Ford’s effort happily coincides with a UK campaign that wants to get everyone on their bikes. As a session at Advertising Week Europe heard, a big deterrent to cycling is that many people in the UK simply feel it isn’t for them – the MAMIL image persists – and isn’t all that safe.

A new ad from the Bike Is Best movement challenges those cultural perceptions, and, by showing a wide range of people in everyday cycling situations demonstrates that women, black people, older people, younger people – everyone – can cycle safely.

While the cycling industry doesn’t have a big advertising budget, it does see it as having an important role in helping inspire behavioural change.

“Enlightenment is coming – and it’s coming from organisations that have massive budgets, have done research and can see what's coming down the track” – Will Butler Adams, CEO, Brompton Bicycles.