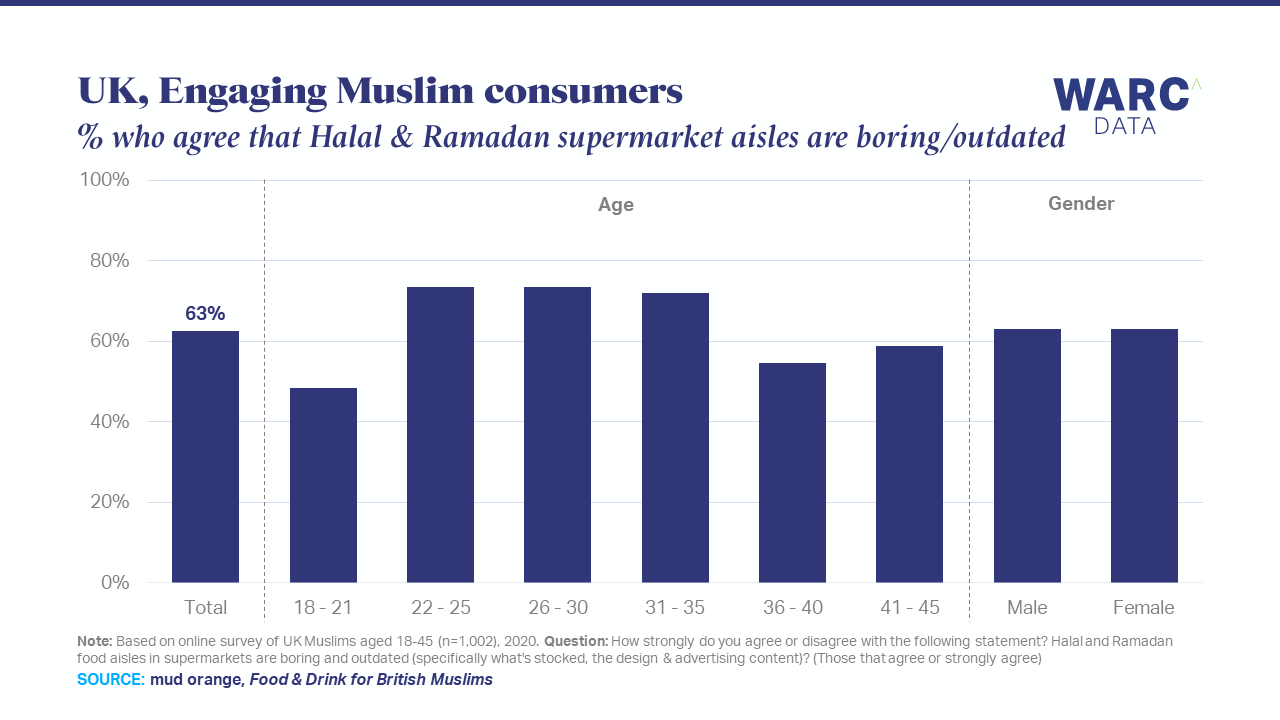 Supermarkets in the UK are failing to update their activations for a more modern and cosmopolitan Muslim consumer base, according to research from creative agency mud orange.

The research adds that while supermarkets develop a distinct brand role during Christmas and Easter, Ramadan efforts are often homogeneous, imported and culturally disconnected from modern British Muslims.