This article is part of a series of articles from October's edition of Admap on winning in the era of brand experience.

Apparently brand experience was big at Cannes this year: Jonny Bauer of Droga5 told us ‘everyone understands now that the experience needs to be consumer-centric’, while Pablo Alzugaray of Accenture helpfully clarified - ‘Experience is any sensory, mental or emotional interaction with a brand. It means the product, service, content and ads. To create and distribute efficiently these experiences are the key to building up emotional relationship.’

This may be true, but is it new? I would argue that just about all brands, throughout history, have depended on experiences delivered through paid, earned, and owned channels. For some, most obviously the packaged goods brands on which much theory used to be based, paid-for advertising played a dominant role; for others, advertising as such has been peripheral. Another obvious, less comfortable, truth is that many experiences that any individual will have of a brand are not fully under the control of the brand owners - as Jeremy Bullmore pointed out in his classic 2001 lecture, ‘Posh Spice and Persil’:

You see a truck, boldly branded, driving badly on the M25. You see a pack in the house of someone you dislike. You read that the company that makes the product has been taken to court for racial discrimination. The daughter of a friend is fired by the parent company. You receive an illiterate and ill-spelt letter from head office. After holding on for 25 minutes, you have still to speak to a human being at the company's call centre.

Like people, brands have body language; and it's a language we understand.

Probably the simplest, most useful way to think about brands is as mental associative networks, a psychological construct that goes back to Aristotle. Each encounter with a brand potentially adds to and changes a complex associative network in our brains, linking the brand to other images, experiences, and feelings. For any brand experience to become part of the right associative network, the brand must be easily and uniquely identified - so distinctive assets such as logos, characters, colours, slogans, or tunes are of central importance in making brand experiences effective. It helps if the associations are ones we find mostly pleasant or attractive rather than repellent. But probably even more important is the number, range, and intensity of the associations, because this will increase the probability that the brand will come to mind in a wide range of contexts. This, at any rate, is my understanding of the theory of ‘mental availability’ proposed by Byron Sharp and his colleagues in the How Brands Grow books. What does such a theory imply for marketers?

All this can be done through paid-for advertising, which has the disadvantage of high cost, but still offers high control and guaranteed scale. It can be done through the delivery of the service itself, whether personal or digitised (Amazon’s success is partly due to the ease and reliability of its user interface, and increasingly to the ubiquity of its name and logo in our lives). But service is often more fallible in its delivery and a bad experience of service more damaging than a boring advert. It can be done through packaging, and through product design, as Apple has shown. And it can be done by anyone who knows how to create news, even if this involves being controversial – a core skill, like it or not, of Donald Trump.

None of this is really new. It’s how brands and celebrities have grown and prospered since the time of Phineas T. Barnum. Only the range of available media continually increases, and the complexity of the synergy between them. But even a century ago there was plenty of scope for creating ‘brand experiences’ across multiple channels, as William Hesketh Lever demonstrated:

In the 1890s he published the Sunlight Year book, an annual reference work and guide to life which was given away free to schools and to users who saved enough Sunlight cartons – something we should now grandly call ‘content’. In 1887 Lever Bros. announced that it would give £2000 to the ‘religious and benevolent institution’ that most customers voted for (votes on the back of a Sunlight box only) – what we should now call ‘Cause Related Marketing’. When the RNLI won, he presented them with a lifeboat called ‘Sunlight Number One’, and then commissioned engravings of it in a choppy sea, the name plate highly prominent, which he sent to the Illustrated London News. [from The Anatomy of Humbug]

This year’s Cannes Gold Lion for ‘brand experience and activation’ went to Microsoft’s Xbox for designing a console that could be used by the disabled. The ‘Changing the game’ campaign apparently achieved ‘$35m of earned media’ and Xbox’s ‘social voice increased by 246%’. All good publicity for the brand:  but after all, the most significant marketing element of the campaign was a chunk of good old, paid-for, two minute mass TV advertising, aired during Superbowl (estimated cost: $21m) - not so different, perhaps, from Mr Lever publicising his lifeboat.  Is ‘brand experience’ a helpful concept to explain what’s been done here? Or is it in danger of becoming a fashionable buzzword at the intersection of technological innovation, ‘brand purpose’, and that perennial blob of vagueness, ‘creativity’?

But perhaps brand experience can still offer us a useful new perspective,-especially for twenty-first century brands which, it’s often said, somehow play by different rules – or at least use different techniques.   To explore this thought, I reflected further on a brand already mentioned – Amazon.

My own ‘brand experience’ of Amazon comes in many, various forms. Let me adopt the format of Jeremy’s imaginary brand:

I buy a new printer, and my favourite brand of shaving soap, through Amazon: the experience is simple and seamless and the products arrive next day. But the experience is also annoying –pop-ups push me to subscribe to Amazon Prime, or to donate to charity. The website is functional but not attractive, not even completely user-friendly, though it is familiar. Amazon boxes arrive at my home, branded with the smile logo; later, I take them to the dump for recycling. I notice that the people who deliver them often seem harassed and under pressure. I read about how such people are exploited by today’s ‘gig economy’. I read about how Amazon are still planning to deliver by drone, and think this a terrible idea. I hear a lot about how Amazon don’t pay enough taxes. Some of my friends refuse to use Amazon on principle, but I still do because it’s so easy and reliable. When they send the wrong thing, it can be quickly sorted out on the phone – usually a refund with no questions asked....

This could go on for some time – Amazon is ubiquitous and a part of my daily life. No one else’s experience will be identical to mine, though I imagine many will be similar. Yet the experiences are very mixed. Practical, functional benefits are mixed with much that makes me uneasy. Oddly, I haven’t even mentioned how Amazon ‘personalises’ my experience by recommending things. Perhaps because it’s now so normal I take it for granted; perhaps because the recommendations are seldom very interesting, and sometimes bizarre. (The Uncanny Valley of Personalisation, as my son Oli has called it.) Yet it’s all part of the brand experience.

Amazon, as a brand, is enormously successful to the extent that it almost constitutes a monopoly – not in the sense of an illegal cartel, but simply that its scale and efficiency mean it has no serious rivals (outside China). But even if such rivals exist, I as a consumer never think about them.

So Amazon’s dominance can once again be reduced, ultimately, to two factors: mental and physical availability. I think automatically of Amazon; I can instantly and easily buy through it. And nothing else comes close. A hundred years ago, in the United States, something similar could have been said of the Sears Roebuck Catalogue.

Jeff Bezos never assumed that his platform would dominate the market; he knew he had to work at it. Interviewed in 1997, he said,

There's nothing about our model that can't be copied over time. But you know, McDonald's got copied. And it still built a huge, multibillion-dollar company. A lot of it comes down to the brand name. Brand names are more important on-line than they are in the physical world.

This is refreshingly old school. Bezos didn’t talk about brand values, or brand purpose, or indeed brand experience. He talked about the brand name, the trademark, the ownable thing that distinguishes Amazon from anyone else trying to offer something similar. Because frankly, any business aiming to compete with Amazon would almost certainly have values, purpose, and a set of experiences that would be pretty similar to Amazon’s.

Then he says: Brand names are more important online. OK, this was 1997 and Google was still a research project at Stanford, but he was right then and he’s right today: the most important search engine is still the one in your head, even though most digitally oriented marketers seem to think targeting and getting clicks are all that matters.  For me, the most telling chart in the 2018 AA Case study that won Gold in the IPA Effectiveness Awards showed how Google searches for ‘AA’ collapsed over a very few years, as the brand put all its money into short term activation. All their measures of marketing efficiency looked brilliant, but almost too late they realised their mental availability was vanishing, and they were haemorrhaging customers. Fortunately, they were able to recover by reverting to heavy TV advertising with a strong emotional appeal and a distinctive asset – a singing baby. It’s an old trick but it still works!

Yes, brands need to be aware of their many ‘touch points’ but they must also accept that they can’t control them all. That need not matter, as long as they focus on the ones that they can. Amazon flourishes despite bad PR; the AA averted disaster by following classic principles of brand advertising. But if ‘brand experience’ becomes a fashionable buzzword that distracts marketers from such fundamental truths, it risks doing more harm than good. 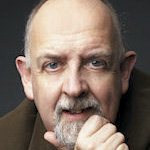